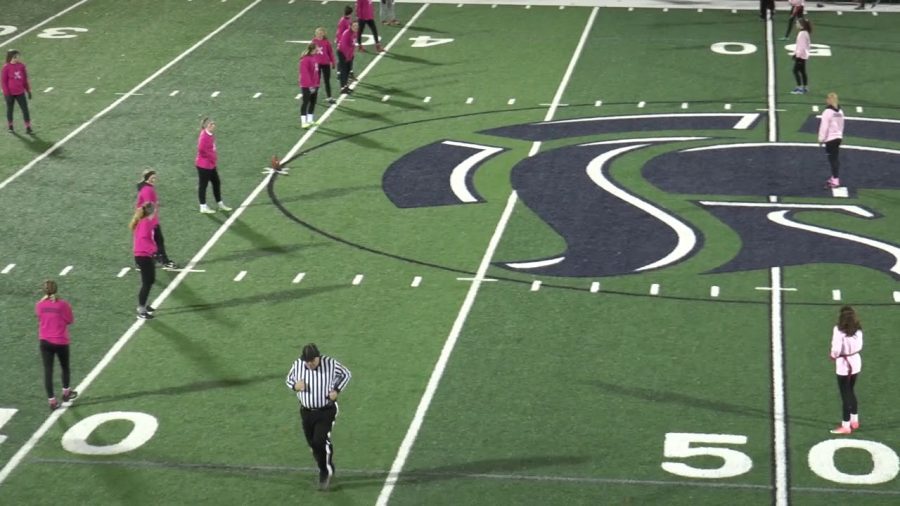 Shaler Area High School’s annual Powder Puff game, originally scheduled for November 24, has been postponed to the spring due to the ongoing coronavirus pandemic.

The Powder Puff competition, an all-girls football game, will be moved to later in the school year following the recent jump in COVID-19 cases.

“I didn’t see this coming,” junior Corey Sigmund said. “I thought we were going to play because all the fall sports did.”

Forty seniors and 28 juniors had registered to play in the game, in addition to student coaches on either side and the two staff coaches, but no practices had begun before the postponement.

Mrs. Mindy Thiel, activities director at the high school, said she heard of some concern from the players.

“I received a few emails from students with concerns,” Thiel said. “These were concerns that the coaching staff and I had worked through in order to make the game possible.”

The Powder Puff game is played every year, and all of the proceeds go to the Breast Cancer Research Foundation and the Susan G. Komen Foundation. Thiel is hoping that the benefits will still be able to be made in the future.

“The spring will pose some challenges on top of the challenges we are already facing with COVID-19, but we will try to work around them in order for this event to happen,” Thiel said.

Mr. William Mitchell, a history teacher at the high school who has been a part of the game for the past seven years, has always been a fan of the Powder Puff competition.

“When I began working for Shaler Area eleven years ago, it was an event that I always enjoyed attending,” said Mitchell. “I thought the event was a great idea to support a great cause. I also was impressed with how quickly the girls could pick up the game of football and play it at a high level. I enjoyed seeing how competitive and intense the game actually was.”

While disappointed in the postponement, Mitchell said that it wasn’t surprising either.

“With the rise in COVID-19 cases in the area and the anxiety forming around the holiday with the possibility of being quarantined or infecting a family member became a real concern for myself, Mr. Williams and Mrs. Thiel,”  Mitchell said. “We made a joint decision to not outright cancel the event but postpone it until sometime in the spring with the hope that the conditions will improve by then.”