Retiring Indians nickname is the right thing to do 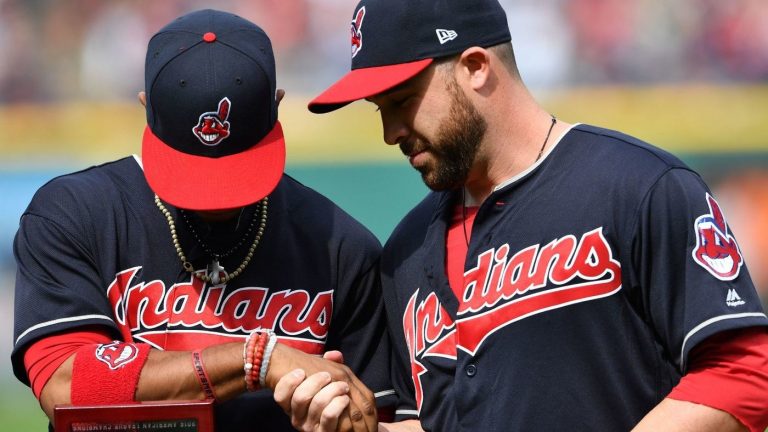 This is just one man’s opinion on an incredibly complex topic. Take it or leave it, but know that this is very personal to me.

This past month, it was announced that the Cleveland Indians nickname will be retired following the 2021 season. Many found this change outrageously wrong, near heresy, but I have zero issue with Cleveland deciding to change a name that should’ve been eliminated a long time ago.

That being said, the name Indians means something to me. It’s the name I have come to know for 17 years; the name I relate to many fond summer memories. Whether it’s watching a game on a clear summer night, sitting down the third-base line with my dad and uncle at Progressive Field or listening to the radio broadcast in the back of our car, the name Indians will always bring back those great childhood recollections. From an American League record 22-straight wins to a World Series appearance in 2016, the Indians name has been with me all throughout.

All Indians fans have some connection to that name. Whether it reminds them of the team’s dynastic run in the 1990s or, if old enough, the championship team of 1948, the nickname Indians brings back many positive memories.

But it is time for a change. 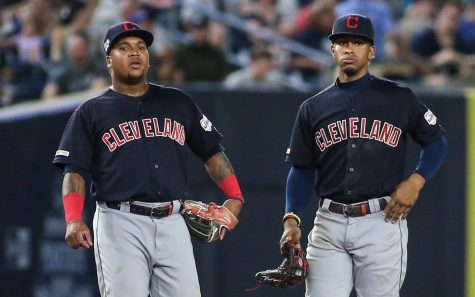 I hope we have reached a point in this country where we realize that Native Americans and their customs are not something to mock or imitate or embody in a mascot or logo.

Over time, people will learn to live with the new name, whatever it is.

In the end, it’s just a name. The club will still be a baseball team with a pitcher and catcher and shortstop. We can still remember the 22-game win streak and the 2016 World Series, or the 1948 champs or the team that should have won multiple championships in the ‘90s. That is still our team and those are our memories, whether the name is Indians or not.

It is finally time to get rid of that name and the racial stereotypes that have haunted it, highlighted by the infamous Chief Wahoo logo, a pathetic display of racism, that was finally retired in 2018.

This is not a new topic of conversation.

Years ago, the mascot during athletic contests at Stanford University was known as Prince Lightfoot. That was when Stanford’s nickname was the Indians, something that began in 1930 until it was finally retired in 1972 when Native American students finally stood up and said that Prince Lightfoot was a mockery of Indian religious practices.

More and more Native American students complained the school was showing blatant insensitivity to Native Americans and their culture, and eventually Stanford said it had to change things.

In addition to the name and mascot, they also had a logo, a caricature of an Indian chief — a lesser version of Chief Wahoo.

Stanford finally said enough was enough, and it changed its nickname. Stanford’s 25-straight Learfield IMG College Directors’ Cups, an annual award given to the best overall athletic department in college sports, shows the school’s athletic program hasn’t been affected by the name change.

That was almost half a century ago.

Equally offensive was Syracuse University’s former mascot, The Saltine Warrior, the predecessor to the current mascot, the lovable Otto the Orange.

The Saltine Warrior, named after the city of Syracuse’s unofficial nickname, Salt City, was named Big Chief Bill Orange. That mascot was created due to a myth that an Indian chief was found when the foundation was being dug for the women’s gymnasium in 1928.

The Saltine Warrior was retired in 1978.

That was over 40 years ago.

More recently, schools such as Dartmouth, North Dakota, William & Mary, St. Bonaventure, Marquette, Miami (Ohio) and Louisiana-Monroe have all dropped Native American nicknames, while the University of Illinois has gotten rid of the Native American mascot and logos.

Somewhat like the University of Illinois, the Indians nickname and logos seem to be on different levels of offensive.

In 1915, the team was the Cleveland Naps after Napoleon “Nap” Lajoie, as it was custom to name the baseball team after its best player.

Once Lajoie retired, the club was left without a name. The local sports writers were asked what the next nickname of the team should be. The best player at the time on the team was Louis Sockalexis, a Native American from a tribe in Maine and whose grandfather was the chief of the tribe. The sports writers suggested that the team be called the Cleveland Indians after Sockalexis. 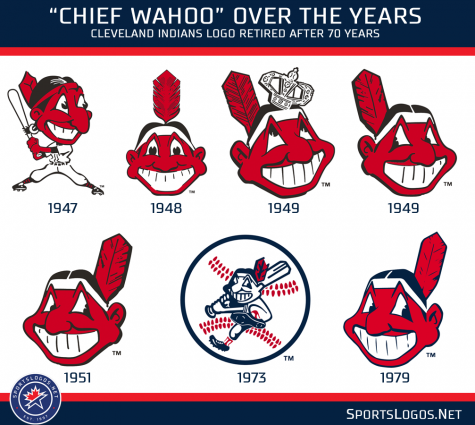 In 1947, Chief Wahoo was created. Until just two years ago, the Cleveland Indians logo was Chief Wahoo, a cartoon mascot depicting a red-faced smiling Indian with large teeth, pointed eyes and feather sticking out of its head.

For years, crowds of protesters have gathered outside of Cleveland’s ballpark to protest the use of the logo, which was being considered for retirement as far back as 1994 when the Indians moved into their new stadium.

The logo has changed its form over the years, but all the while had remained its usual, pathetic self. Many people complained about the Chief Wahoo logo being retired when it did, and now nobody really seems to care.

And years from now, no one will care that the Indians name isn’t around anymore, either.

In speaking with reporters, Cleveland manager Terry Francona praised the organization for trying to “do the right thing”, adding that a name change was necessary and inevitable.

Soon, the question will be asked whether anyone remembers, or even cares, that Cleveland’s baseball team was once called the Indians.