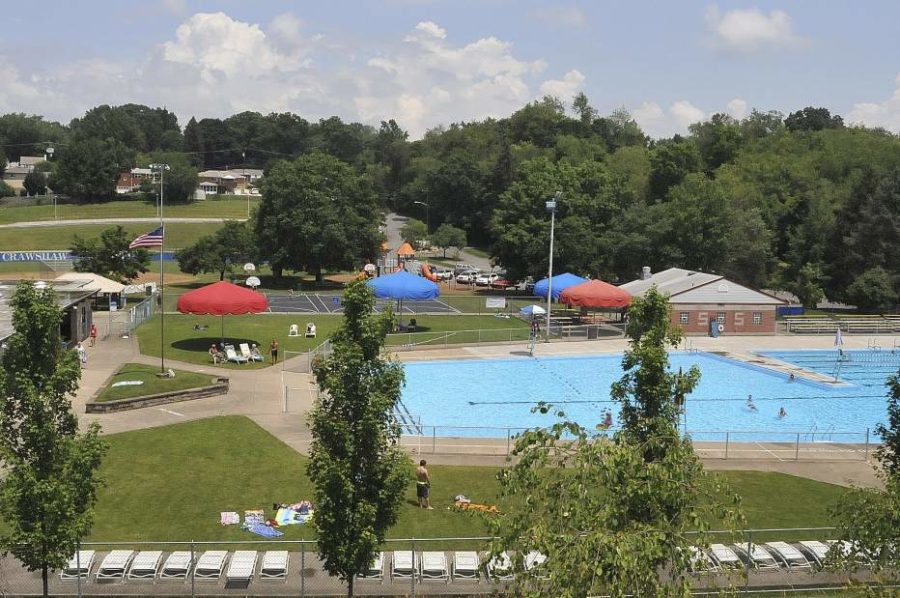 Just a few weeks ago, the Crawford pool at Kiwanis Park hosted Shaler’s first ever Polar Plunge, a fundraiser event in support of Shaler Area’s Backpack Initiative. The event proved to be the perfect ‘opening day’ for the pool, as well as an excellent source of support for the Backpack Initiative.

This may be Shaler’s first foray into the Polar Plunge, but the event certainly isn’t new. The ‘Polar Plunge’ trend can be traced back to the ALS Ice Bucket Challenge, or even the simple carnival dunk tank, and one of the largest Polar Plunge events in Pittsburgh, held annually at Heinz Field, raises money for ALS research.

But no matter the cause, the event maintains the same basic formula. Participants donate set amounts of money to take a dip in freezing water, and the event organizers usually offer hot beverages or ways to warm up after you escape the pool/tank/etc. At Crawford pool, coffee and hot chocolate were included with the price of admission, and mobile space heaters were set up on the walkways, safely away from the water. An EMT crew was also on-site just in case anything went wrong.

Participants of all ages joined in the pain/fun, whichever way you choose to see it. Parents brought children, children dragged their parents, and one of the highlights of the event was the group plunge of some of Shaler’s own varsity swim team. The maniacs were observed getting back in for a second taste and remaining in the 62℉ water for a few minutes at a time.

Senior swimmer Peter Lesnett later said, “It was pretty chilly, but nothing I couldn’t handle.”

Robbie March, one of the Crawford pool lifeguards working at the event, enjoyed helping out.

“I think it was a good time, watching people get a thrill out of the cold water. Nobody got hurt, so it’s always a good time.” Robbie was also enthusiastic about the turnout of the event, saying, “there was a lot more people than we expected.”

According to Judith Kording, one of the Township organizers behind the event, the idea was suggested by Shaler Township’s Parks /Recreation Foreman, Mike Garver, some time before the fundraiser was held.

“With his crew members, they were able to uncover the pool and have it clean and ready to go for the Polar Plunge in May,” Kording said.

“The community truly supported this event and we think they had a great time.”

This is the first year Shaler has set up this event, but according to Kording, due to its success despite limitations due to COVID, “It is likely to become an annual event.” And if the turnout of this year’s Polar Plunge is anything to go by, next year has a serious chance of being even better.