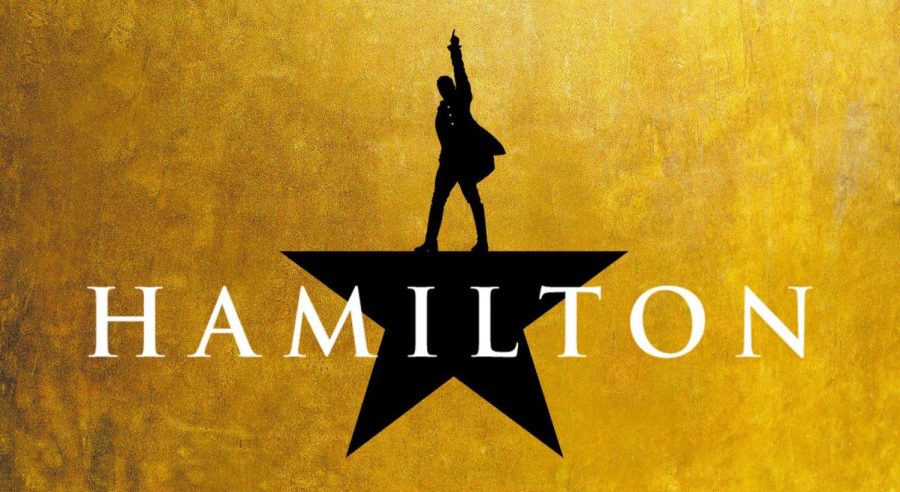 Hamilton will be at the Benedum Center from February 22 until March 13.

Brad Broman has grown up with the performing arts in his life. From a young age, he has always been dancing and/or singing on stage. Now, he is the company manager for the largest and most well-known musical tour in the world, “Hamilton”.

“I always wanted to be a performer but I wouldn’t have ever guessed that company management would be something that I’d end up in,” Broman said.

“As a child and throughout high school, I was extremely busy. I wanted to fill my time doing what I love,” Broman says.

Growing up, Broman did not come from a lot of money. His parents were not able to help him much in the theater world, in terms of auditions, but regardless of their financial situation, they were extremely supportive. In order to pay the fees of auditions, Broman worked throughout his childhood to fulfill his dreams.

“I always took vocal lessons when I was younger. I was also always involved in a show. I never took technical classes, but was always cast in different shows.”

While attending Penn-Trafford High School, Broman participated in all four of the musicals and three of the school plays. During these shows, he was also actively participating in more shows through the Apple Hill Playhouse, Greensburg Civic Theatre, and the Pittsburgh Musical Theater.

“I was in countless shows growing up but I would have to say that my favorite one was ‘Grease’. I was constantly in a production of ‘Grease’ and ironically I played Doody every time. Once one production would end another director would call me and ask me to be in theirs,” Broman said.

While he has had plenty of experience with the character of Doody in “Grease”, it was not his favorite role.

“I would have to say that my favorite role I have played in shows growing up was Ryan in ‘High School Musical’. I was in a production of this show through Pittsburgh Musical Theater and collaborated with Emily Lynn Miller, one of my mentors to this day.”

After graduating high school, Broman attended New York University. Going into college, he had no idea what he wanted to do. As he moved to New York City by himself, he barely knew anything. He had only been there a handful of times before for auditions and was completely unfamiliar with not only the area, but also the lifestyle.

At the time, NYU was divided into 7 different programs, each focusing on a different type of theater. For the first two years of his studies, Broman entered a program that covered all of the different aspects of theater: lighting, sound, costuming, directing, acting, dancing, singing, stage fighting, etc. After those two years, Broman realized that he wanted to focus more on musical theater. He felt as if he had enough background in all of the other aspects that if he wanted to, he could always pull them out of his back pocket and use them. For the next two year though, he switched into a program mainly focused on acting, dancing, and singing.

“At NYU, you’re required to take a balance of educational courses as well as theater courses. I got the beginnings of my pre-med work in case the theater aspect did not work out for me. I could have easily gone to med school instead of doing theater,” Broman says.

Shortly after he graduated, Broman was asked to dance on the “Hairspray” tour.

“Hairspray” takes place in 1962 in Baltimore, Maryland,with Tracy Turnblad as the main character. Tracy had always had a dream to dance on a famous TV show. After much bullying, Tracy rises to the top and teaches everyone to look past the color of one’s skin and fight for equal rights.

The first time Broman was on this tour, he was an emergency replacement, specifically for the character IQ Jones. IQ Jones is a student at Patterson Park High School in “Hairspray” as well as a dancer on The Corny Collins Show. After staying on this tour for a short time, Broman left. During his time away from “Hairspray”, he sent his resume out to multiple companies and tried out for a few other shows. Eventually, the “Hairspray” tour asked Broman to come and join them again, but this time he played the character of Brad, a huge step up from his previous roles on this tour.

“The ‘Hairspray’ tour was a non-union tour. We performed in over 200 cities a year and even toured 49/50 states, all except Hawaii. We slept on a bus every night after shows on the way to a hotel. Our day-to-day lives would consist of doing a show at night, driving to a hotel for the night, waking up at 5 am to drive to a new show, and repeat.”

While Broman was having a great time on this tour, his time got cut short when he got injured. Although this injury was detrimental to his performing career, he did not let this stop him from still being involved in shows.

“I would still love to perform. It’s always disappointing when something like that goes away out of your control but at the same time I really love my job.”

While on the “Hairspray” tour, Broman was said to be a mini-company manager. He always knew where the best restaurants were, the closest Starbucks, and would Google the area to familiarize himself with it. After his injury, he switched over to actually be a company manager.

A company manager is always doing everything in his power to further advance the shows. They are on top of all of the cast, making sure they are healthy and have food, they book the hotels and arrange buses, and practically do all of the behind the scenes work that nobody thinks of.

“I would describe myself as a cross between a soccer mom, Siri, and an accountant.”

In his time as a manager, Broman has managed a wide variety of shows including “Mary Poppins”, “We Will Rock You”,”Dirty Dancing”, “La Cage Aux Folle”, “Book of Mormon”, “Hello Dolly”, and currently “Hamilton” (Philip tour).

Broman claims his favorite to be “Book of Mormon” because of the incredible, hard-working cast. He had great experiences on all of these tours, especially going to the Tony Awards with “Hello Dolly”.

Currently, Broman is a company manager on the “Hamilton” Philip tour. He has been with “Hamilton” since the end of 2017.

“If I told high school Brad that I was going to be on the biggest tour in the world right now I think he would have a heart attack,” he said. “Being on Broadway with all of these tours is something I had always hoped happened, but I didn’t think I would ever have to confidence to make it happen.”

Through all of his hard work and dedication, Broman got himself where he is today and he readily passes on the advice to work hard while at the same time being good person.

“Work really really hard all the time and always be the nicest person in the room. It will sometimes be really hard and sometimes feel like you can’t, but if you can leave every situation, every rehearsal, every show knowing that you were doing good you will be successful. People want to work with good people. Combing hard work with kindness will really go far,” he said.