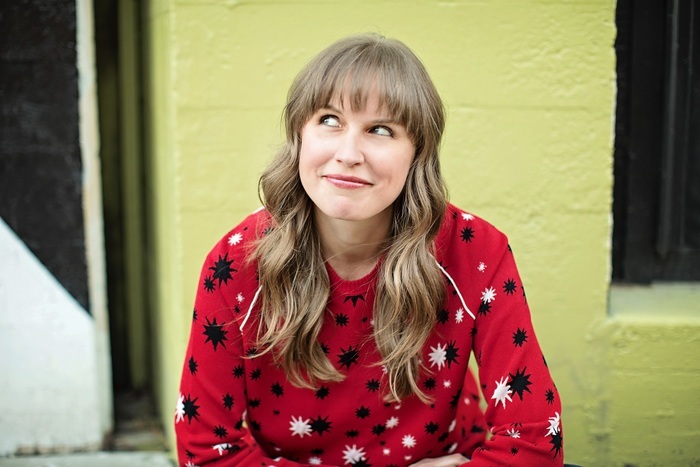 Marissa Meyer always knew that she wanted to be a writer, but did not know that the future held a spot for her as a #1 New York Times-bestselling author. Meyer grew up in Tacoma, Washington and from a very young age she realized what she wanted to do for a career. At 14 years old, she was introduced to anime and fanfiction and began writing Sailor Moon fanfiction. Concluding that this was her passion, she went to Pacific Lutheran University and earned a BA in Creative Writing. She then furthered her education at Pace University, receiving a MA in Publishing.

After a short time of freelance writing, she was given a book deal and published her first book, “Cinder”. This would go on to become part of the bestselling series called The Lunar Chronicles. These books are all based off of fairy tale stories, however, with a bit of a twist. Her first book follows a cyborg girl, Cinder, who lives with her evil stepmother. Along her journey, she finds out many secrets from her past that will assist her in the future. While doing this, she faces the evil Queen Levana who does everything in her power to bring Cinder down. Following this book, Cinder meets up with Scarlet, Cress, and Winter to work together and hopefully defeat Queen Levana in the end.

The Oracle had the pleasure of interviewing Marissa Meyer and learned of her thoughts surrounding her #1 bestselling series, The Lunar Chronicles:

Did you ever expect the Lunar Chronicles to get as popular as it did? How has this impact affected you?

I would say that I hoped it would be really successful, but I certainly didn’t expect it. I always wanted to be a career author – to publish lots and lots of books throughout my life, and to gradually build up my readership and hopefully be really successful. That was the dream and the goal. But once Cinder sold to a publisher and I started hearing about the buzz building for the book and seeing all of their marketing plans going into effect, I started to get the feeling like it might actually do really well right out of the gate, which is what ended up happening! I’ve always been really lucky to have such amazing support from my publishers and the readers who review and share the book with others. Now I get to do my dream job every day – writing books, meeting readers and other authors, traveling (in non-covid times), and dreaming up new stories all the time. I feel incredibly lucky.

Your books in the Lunar Chronicles do not follow the typical fairytale writings of many authors. For instance, Cinder is not a perfect princess, instead she is half human and half machine. Do you think typical fairy tales portray an unrealistic way of life and is that why you decided to get away from that typical version?

I would not argue that my books portray a way of life that is any more realistic than traditional retellings! I don’t think the fantasy of a fairy tale is a bad thing. I think there is a reason we continue to gravitate toward some of these big, universal themes: Good conquering evil, the underdog defeating the all-powerful villain, the rags to riches tale. Seeing it in stories gives us hope that our own life, our own situation, our own world can be better. I hope my books are ultimately inspirational. That someone might read about Cinder standing up for herself and others and feel like they, too, can be brave. (That said, my ultimate goal is always to tell an entertaining story that readers will enjoy. Everything else tends to be secondary for me.) 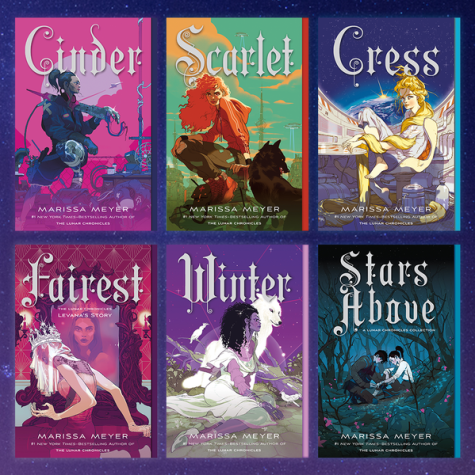 What made you choose those four specific characters – Cinder, Cress, Winter, and Scarlet – over other fairytale characters?

When I was first planning the series, I started with a list of a dozen or so of my favorite fairy tales, and I started brainstorming on each of them, trying to figure out how I would retell each one in a science-fiction setting. What if Rumpelstiltskin was a robot? What if Sleeping Beauty was trapped in a cryogenic freezing chamber? Etc. After a while, a story started to develop between these four fairy tales: Cinderella, Little Red, Rapunzel, and Snow White. I began to see how the stories might fit together into one overarching plot, and how the main villain (the wicked queen from Snow White) could be the tyrant lording over all four characters. As those four stories rose to the top, I got more and more excited about the possibilities.

Was it difficult to connect all of the stories of the four main protagonists throughout the series?

I made rough outlines of all four books before I started writing, so from the beginning I had a general idea of how each story would connect and how each of the protagonists would relate to the others. The evil queen was the linchpin—I needed to make sure that every character had a reason to stay involved in the plot, that she couldn’t just choose to walk away, so I needed them all to be motivated to see the revolution through to the end and defeat Queen Levana. So I spent a lot of time figuring out how she would be at fault for their various problems, and a lot of their backstories evolved organically from that. Once I had that in place, the way that the stories would connect came together… well, I won’t say easily, but at least I had a map to follow and knew it  could work.

What was your target audience for the Lunar Chronicles? What kinds of lessons do you think it teaches?

Readers like me! Even though I haven’t been a teenager for a long time, I’m still a reader and lover of young adult fiction. I wanted to write books that were exciting, fun, and romantic, so that’s what I set out to do. I don’t spend a lot of time thinking about who the target audience will be—I just write the books that speak to my heart, and hope they will find their readership. Likewise, I don’t go into a book with a “message” in mind, but inevitably, causes that I care about will make their way into the story. Cinder’s story deals with a lot of social injustice and prejudice, but in a way that is removed from the very real issues we are facing today. If readers can take away a message of acceptance and love, that would make me really happy.