Tiger back is good for golf and for me 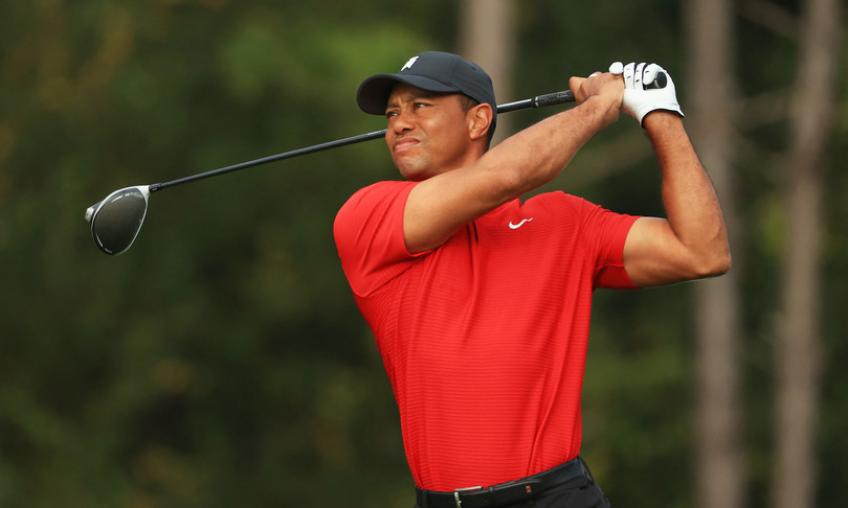 Fellow students, you will probably not finish this column.

When you see what sport I’m writing about, you’ll roll your eyes like a ball rolling over Augusta’s green and go to another article. There’s no possible way I could be doing a story about the boring, mundane, made-for-older-people sport of … golf.

Yes, I know that most people in my school like golf as much as they like the math homework. To them, the sport has no action, no drama, no 85-yard-touchdown or windmill-dunk highlights. For many high schoolers, golf is as interesting as mowing the lawn.

Maybe it’s a matter of circumstance. I grew up in a family that loves golf, plays it and watches it and worships it. Since last year, I have spent my springs and summers working at a local country club, spending hours and hours at and around the game and those that love it. Simply, I just really love the sport itself.

So don’t judge me when I say that I was looking forward to this year’s Masters the way we would look forward to the NBA Finals if Michael Jordan returned to the court for the Chicago Bulls. What weeks ago would’ve seemed impossible became a reality: golf’s GOAT returned to golf’s greatest competition.

There was a point last year where it looked like Woods would never walk again, let alone play golf. So there was no possible way that Tiger could come back and play, let alone play at THE tournament, right? Yes, he’s bounced back from previous injuries, but he just can’t return from this one.

I guess I, and every other analyst who agreed with me, underestimated just how tough and driven this man is. There is a reason his name is among the likes of Brady and Jordan and Ali — no one has taken a beating the way Tiger has, but his undeniable will has brought him back once again.

With respect to the Jack Nicklauses and Ben Hogans of the world, no one has done more for golf, or dominated golf more, than Tiger Woods. In Tiger’s peak years, he won four Masters, four PGA Championships and three US Opens in a ten-year span.

Possibly even more impressive is that Woods opened up golf to a community that had before felt unwelcome by the sport. Black athletes were banned from competing at The Masters until 1975, and Augusta National, the home of the famed tournament, only began allowing Black members seven years prior to Woods’ first Masters win.

I will be the first to admit that Tiger has had his many personal issues. While it appears he’s turned things around and is the ideal picture-frame father, for years before he was the complete opposite.

Perhaps it is Woods’ ruin that is the reason we love him so much. To see a man who had it all go on to lose it, be at the lowest point a person can get to, and then bounce all the way back is the ultimate hero story. Watching him play golf is like watching an artist at the peak of his skill. Maybe golf enthusiasts are willing to overlook Tiger’s transgressions to watch and appreciate Tiger the golfer.

Welcome back, Tiger. I missed you.