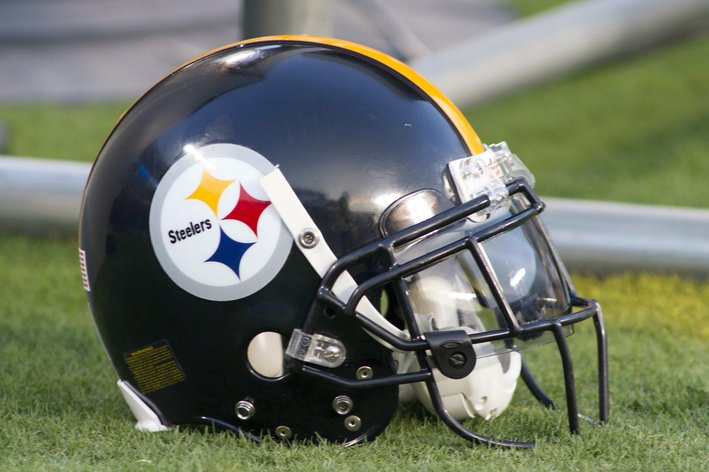 A Pittsburgh Steelers helmet lays on the sidelines during the first quarter against the Carolina Panthers at Bank of America Stadium.

Was the Steelers season encouraging or disappointing ?

The Steelers started the season 2-6. The finished the season 7-2. They didn't make the playoffs. They decided to keep their offensive coordinator. Is there reason to be optimistic or pessimistic? 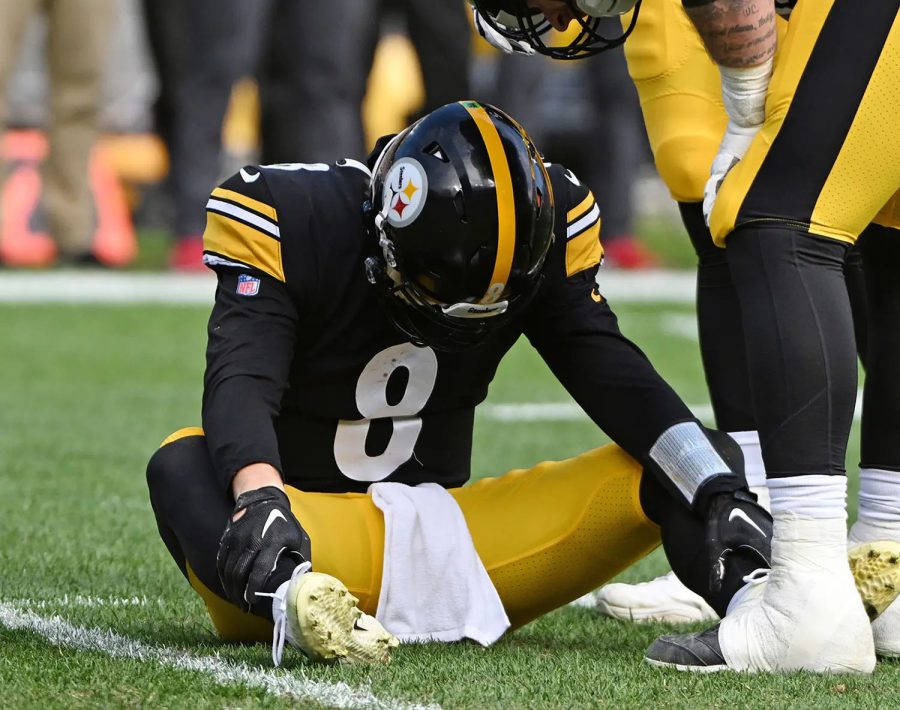 The Pittsburgh Steelers ended the season with a win, but overall had an underwhelming season. The team had to ride a 4-game winning streak and win 6 of the last 7 games to finish 9-8 and not make the playoffs. Only one win of the six was against a playoff team. The only thing the winning streak at the end of the year did was lead the Steelers to another middle of the first round draft pick.

The start of the season could not have gone any worse. We started with “veteran” QB Mitch Trubisky. He’s not necessarily a veteran, but looking at the QB room, he’s the most experienced of the bunch. To fans, he had a short leash, and he immediately heard it from the home crowd. Every bad throw, which happened more often than it should have, led to the fans chanting “Kenny, Kenny, Kenny,” for beloved rookie QB from Pitt Kenny Pickett. Coaching had something to do with it, however. Trubisky reportedly never had the ability to audible out of a play. He had to call the play sent to him from infamous Offensive Coordinator Matt Canada. How can the starting QB not be allowed to audible?

Some may think the back half of the season was positive for the offense. Yes, the offense looked more competent, but the team played one playoff team in the last 7 games, the Baltimore Ravens. We barely won that game and only scored 16 points.

The lack of scoring touchdowns in the red zone is alarming. Is it Canada’s fault or is it Pickett’s? I would put more blame on Canada. On multiple occasions, the Steelers had 3rd downs inside the 20 and had Miles Boykin, Steven Sims, Gunner Olszewski, and one of Connor Heyward and Zach Gentry in the game. Why are the likes of Diontae Johnson, George Pickens, and Pat Freiermuth not in the game? Why are the stars not on the field on the most important plays?

Overall the team looked better in the final half of the season, but who did they look better against. Every team except for the Ravens had a losing record. What’s even worse, we had to come from behind in multiple games against dysfunctional teams like the Colts and Raiders. Even wins against teams like the Falcons and Panthers were closer than they should have been. While we may celebrate beating the Ravens once, don’t forget we lost to the Ravens, at home, against their 3rd string, undrafted free agent QB.

Overall the team looked better in the final half of the season, but who did they look better against. Every team except for the Ravens had a losing record. What’s even worse, we had to come from behind in multiple games against dysfunctional teams like the Colts and Raiders…While we may celebrate beating the Ravens once, don’t forget we lost to the Ravens, at home, against their 3rd string, undrafted free agent QB.”

There was a trend in each of those wins. The offense showed promise with their first few drives, but looked inept for the rest of the game and trailing in the 4th quarter. This is where Kenny Pickett stepped up and saved the games like the Raiders and Ravens games. However, we wouldn’t have to watch him lead a game winning drive if the offense was consistent for all four quarters.

Entering the game winning drive against the Ravens on Sunday Night Football, Pickett had 104 passing yards. An offense can not compete with the top teams when the quarterback has only thrown for 100 yards in the entire game.

No, Mike Tomlin shouldn’t be fired, but some changes need to be made. The fault should be pointed at the offense. The defense kept them in just about every game, except for Buffalo and Cincinnati. Those teams just so happen to be 2 of the 3 best teams in the AFC, and if the Steelers want to start competing for a championship real soon those games need to be competitive.

The fact Matt Canada is returning for another season is just mind boggling. The team had the 26th ranked offense. Other teams to relieve their offensive coordinator of his duties include the Chargers, Titans, and Buccaneers. All 3 of these teams made the playoffs and had flashes of a dominant offense. If I’m the Steelers front office and I want to continue the “Steelers Way” of promoting guys from within the organization, I would sign Byron Leftwich to be an assistant. You can give him a similar position to Brian Flores on defense. Hopefully by the end of the 2023 NFL season, Leftwich would be the offensive coordinator because Matt Canada can’t get it done.

The Steelers have left many fans, like me, with a ton of questions. We have too much talent to rebuild, but not enough at the moment to compete for a Super Bowl. The team is just going to continue to get stuck with a middle NFL pack – beating bad teams but unable to be considered serious Super Bowl contenders.

Steelers 7-2 finish shows the arrow is pointed up 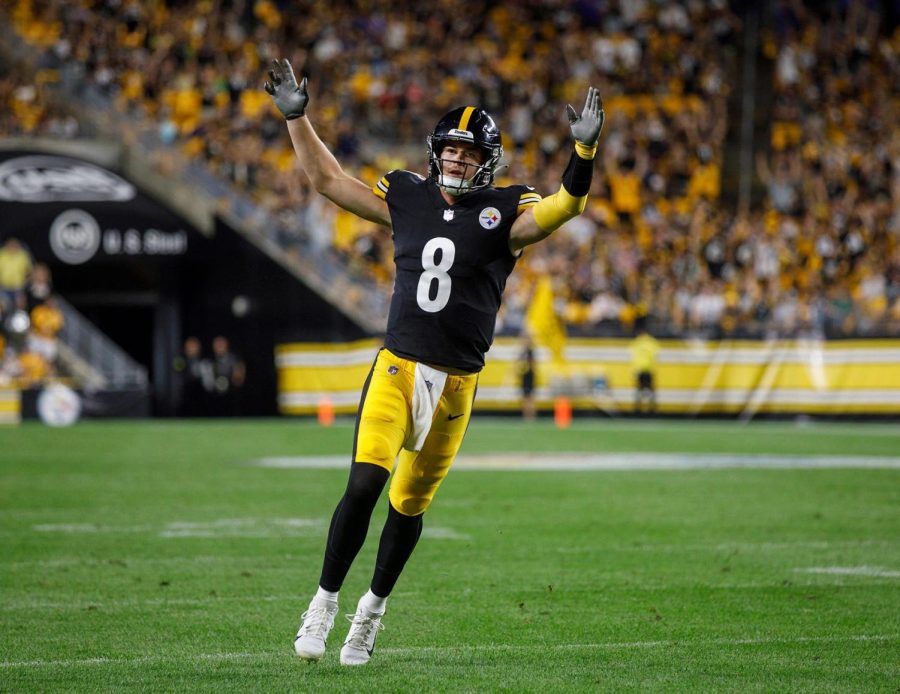 Another year, another winning season for the Steelers. It definitely wasn’t pretty, but at the end of the day, for the 20th year in a row, the Steelers finished .500 or better.

The Steelers walked into Cincinnati in week 1 to play the reigning AFC Champions and pulled out a 23-20 win in overtime. It certainly wasn’t a pretty game. It was a game we had no business winning, and yet we won. The defense forced Joe Burrow into throwing 4 interceptions, his career high. Certainly a good start for a team that is in a “rebuilding year”.

Then the losing streak began, losing four in a row to the Patriots, Browns, Jets, and Bills. The Bills game was certainly the worst of that bunch, losing 38-3. The good news was that Kenny Pickett, in his first career start, threw for 327 yards against a very strong Buffalo defense on the road.

I’m not the guy who likes to blame injuries, but TJ Watt, the reigning NFL Defensive Player of the Year and the man who holds the NFL single season sacks record, got hurt week 1 and didn’t return until week 11. Obviously the defense wasn’t the same without him.

Pickett, in his second start of his career, beat Tom Brady which was certainly a building block for him. The Steelers lost a close one in Miami, and then were blown out by the then undefeated Eagles. The Steelers were 2-6 and needed the bye week in week 9.

They looked like an entirely new team after a week off in week 9. They finished 7-2 in the second half of the year, and every single position improved after the bye.

The biggest thing that stands out to me is Kenny Pickett’s growth and maturity, specifically his turnovers and timely throws. He threw eight interceptions in his first five games leading up to the bye week.

He only threw one interception the rest of the year, which led the Steelers to a 6-1 record with him playing the whole game (he was knocked out against the Ravens with a concussion which also held him out vs the Panthers).

The recipe for success for Pickett was fairly simple: take care of the ball and good things will happen.

Another huge reason for the turnaround was the running game. Najee Harris was banged up for much of the first half of the year, but came back from the bye looking like his rookie-year self. He ran more powerfully and more decisively than he had at the start of the year, which paved the way for his second consecutive 1,000 yard season.

Jaylen Warren was the perfect complimentary back to Harris. He ran hard and made the most of his touches. He averaged 4.9 yards per carry on the season. Warren was also excellent on third downs, both in pass protection and in the receiving game. The Steelers might have found a diamond in the rough with their undrafted free agent Warren.

The run game brings us to the offensive line. It came into the season young and inexperienced, which showed. The run game was sub par, and the pass protection wasn’t good either. However, the group got stronger and stronger as the season progressed. The same starting unit played 99.2% of snaps together, which is unheard of in the NFL. They stayed healthy and became dominant by the end of the season.

The defense stepped up its game as well. Alex Highsmith had a breakout year on the edge, totaling 14.5 sacks and forcing 5 fumbles, the most in the NFL. If he can keep up the production, the Steelers will have a dominant edge rushing duo in Highsmith and Watt.

Excluding week 11 vs the Bengals, they gave up an average of ONLY 14 points per game. It’s no wonder the team finished 7-2.

Minkah Fitzpatrick tied for the NFL interceptions lead, tallying six on the year. He got back to playing like the Pro Bowler that we anticipated he would be after a down year last season. He was also great in coming down into the box and making timely tackles in the running game.

The run defense improved drastically in the second half of the season. They went from giving up 118 yards per game to less than 100 yards per game. Cam Heyward lived in the opposing backfield, and the free agent signing of Larry Ogunjobi paid off big time, as he ate up blocks that allowed the linebackers to come down and fill the running lanes.

The Steelers front office did an excellent job in this past year’s draft. In the first round, they got a franchise quarterback in Kenny Pickett. They followed that up by giving him a big weapon outside in George Pickens. It seemed like anything Pickett threw to Pickens was caught. I think he could end up being the best wideout from the draft class. The future looks really bright with those two in the passing game.

In the third round they grabbed a DT from Texas A&M DeMarvin Leal who showed signs of being a solid player. They then drafted WR Calvin Austin from Memphis who unfortunately suffered an injury that held him out for the year.

Connor Heyward, Cam’s younger brother, was an excellent utility piece for both the offense and special teams. In the 6th, they grabbed a raw prospect LB Mark Robinson out of Ole Miss who got significant playing time at the end of the season and showed some promising flashes.

Mike Tomlin proved once again why he is one of the best coaches in the NFL. Despite starting 2-6 and with people saying it was a lost cause, he was able to lead the team to a 9-8 record. The Steelers are in good hands as long as Tomlin is at the helm.

The Steelers were able to put key building blocks into place in the second half of the season that could contribute to the organization’s success for a long time.